Microsoft Eliminates Its Own Destructive VAM Rankings; However, Gates Still Seems Focused On Using It For Us 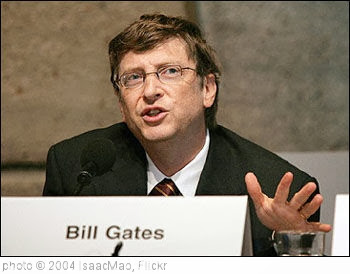 I’ve previously posted about Microsoft’s destructive worker evaluation system, one that has been almost universally hated there for years (see Bill Gates’ Employee Evaluation Process). Like Value Added Measurement (see The Best Resources For Learning About The “Value-Added” Approach Towards Teacher Evaluation), Microsoft’s so-called “stacked” system always has to have some people at the bottom.

This week, though, Microsoft announced the elimination of its system. Here are some articles about their decision to eliminate “curves” and “ratings” and, instead, focus on “teamwork and collaboration, employee growth and development”:

Microsoft does away with stack ranking is from ZDNet.

Why Microsoft Dumped ‘Stack Ranking’ is from The Wall Street Journal.

Microsoft gets rid of stack-ranking review system is from The Seattle Times.

Ranked and yanked is from The Economist, and is the best of the bunch.

The question is — Will Bill come to the same conclusion sooner rather than later?

” How Should Teacher Effectiveness Be Assessed?”