Should SEL Skills Start Including An Explicit Focus On “Conscientiousness”?

They only studied students in one college, but it had some interesting results. 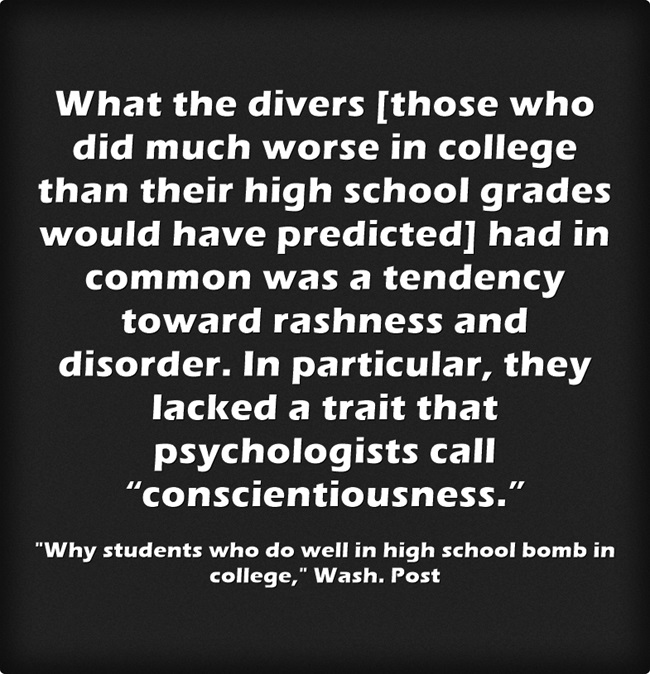 The study and article went on to sort of define conscientiousness:

That definition contains elements of perseverance and self-control, but I’m thinking that there might be value in highlighting it as its own skill. It would certainly be easy enough to create a lesson on it using these and, I assume, other similar studies. And tying it into being better organized would be a nice “hook” for talking with students who might be particularly challenged in that area.

I’m going to give it a shot. Let me know if you’ve had success doing something like it already.

Statistic Of The Day: Lots Of Students Are Chronically Absent

My Best Posts On New Research Studies In 2014 – Part Two