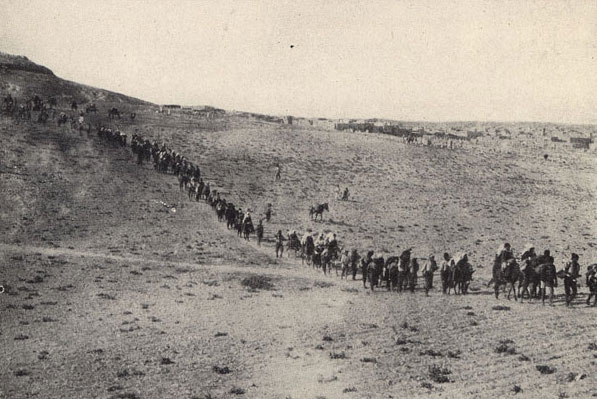 Here is how a CBS News story published today begins:

Around the world on Friday, tens of thousands of people of Armenian descent commemorated the genocide 100 years ago of 1.5 million Armenians by Ottoman Turks.

The annual April 24 commemorations mark the day when the mass killings started. An estimated 1.5 million died in massacres, deportations and forced marches that began in 1915 as Ottoman officials worried that the Christian Armenians would side with Russia, its enemy in World War I.

The event is widely viewed by historians as genocide. Turkey denies the deaths constituted genocide, saying the toll has been inflated and that those killed were victims of civil war and unrest.

Here are additional related resources that I’m adding to The Best Resources For Learning About Genocide:

Remembering the Armenian Genocide is from The New York Times.

Centenary of the Armenian genocide: descendants tell their family’s stories is from The Guardian.

Remembering Armenia’s losses is a photo gallery from The Boston Globe.