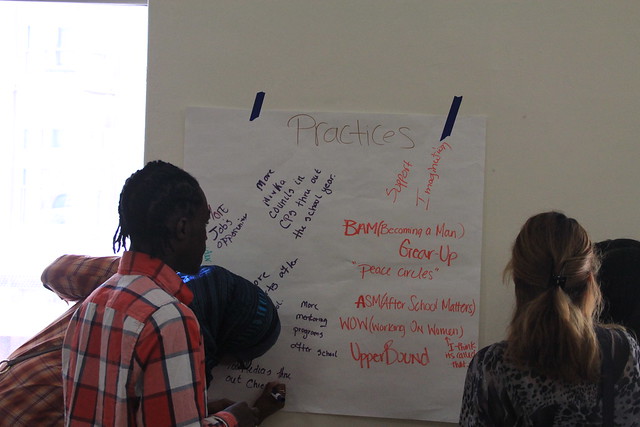 Check out How to Practice Restorative Justice in Schools at my Education Week Teacher column.

We’ve begun implementing some restorative practices at our school, and I’ll be posting about the topic on a future Education Week Teacher column.

Here are a few resources that seem helpful, and I hope that readers will share more in the comments section:

Opening Up, Students Transform a Vicious Circle is from The New York Times.

Restorative Justice: Resources for Schools is from Edutopia.

An Alternative To Suspension And Expulsion: ‘Circle Up!’ is from NPR.

What Eva Moskowitz gets wrong about restorative discipline is from Chalkbeat.

Minding the Discipline Gap in Education is from the Pacific Standard.

Zeroing out Zero Tolerance is from The Atlantic.

The discipline gap in American education needs our attention, too http://t.co/gn38FDZatF pic.twitter.com/83mm64oCP6

Alternatives to Suspension: Inside a ‘Restorative Justice’ High School in Brooklyn, Listen http://t.co/fZnozXLSUC via @WNYC

Reasons to try out RJ a few schools at a time.//In Classroom Discipline, a Soft Approach Is Harder Than It Looks https://t.co/sTAzzToBps

Great framework for having restorative conversation with students. #tbsconf pic.twitter.com/t3lgKtthqW

Quote Of The Day: Alternatives To Suspending Students

Restorative Justice in U.S. Schools: Summary Findings from Interviews with Experts is from WestEd.

When Restorative Justice in Schools Works is from The Atlantic.

Why some LAUSD teachers are balking at a new approach to discipline problems is from The LA Times.

In L.A. Unified, restorative justice has been slow to take hold is also from The LA Times.

Hillary Clinton Wants to End the School-to-Prison Pipeline. She Should Embrace Restorative Justice to Do It. is from Slate.

Quote Of The Day: “Unhelpful Punishment”

Is Discipline Reform Really Helping Decrease School Violence? is from The Atlantic.

One way Denver Public Schools is addressing race and culture in the classroom is from Colorado Chalkbeat.

When suspensions weren’t working, this high school opted for a new approach is from The Washington Post.

Rethinking School Discipline is from The American Prospect.

Why Restorative Practices Benefit All Students is from Edutopia.

A Brooklyn Charter School Looks Past ‘No Excuses’ is an article in The New York Times that described a move towards restorative practices. Here’s how it ends: 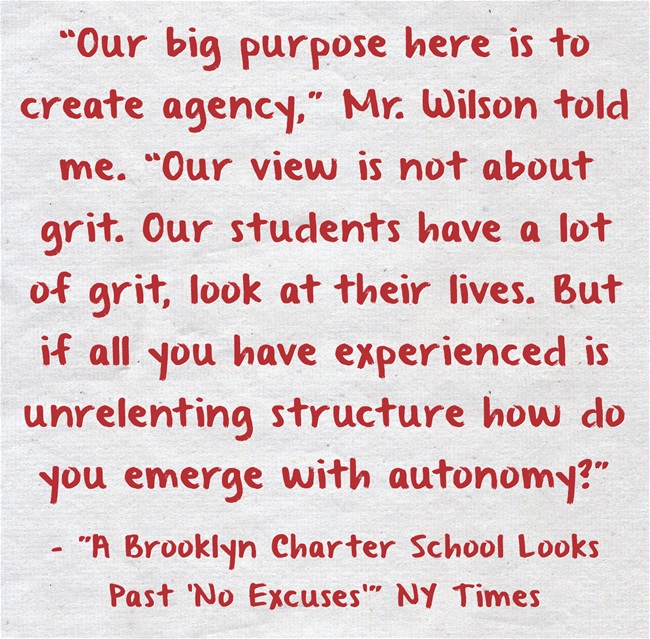 Implementing Restorative Practices In The Classroom is from Getting Smart.

School Suspensions Have Plunged: We Don’t Yet Know If That’s Good News is from NPR.

Nearly half of California school districts earn top ratings for lowering suspensions is from Ed Source.

The School Discipline Revolution: How Policy and Rhetoric Outstrip Hard Evidence is by Matt Barnum.

Focusing On The Impact Classroom Disruptions Have On Others, Not On The Students Doing The Disrupting

Restorative Justice in School: An Overview is from Cult of Pedagogy.

One Ohio School’s Quest to Rethink Bad Behavior is from The Atlantic.

The rise of restorative justice in California schools brings promise, controversy] is from Ed Source.

Quote Of The Day On Restorative Justice

New Study: Suspending Students for Minor Infractions Like Cursing Hurts Kids but Benefits Nobody is from The 74.

STATISTIC OF THE DAY: STUDENTS LOST 11 MILLION INSTRUCTIONAL DAYS IN ONE YEAR DUE TO SUSPENSIONS

GUEST POST: HOW THE CLASS IMPACTS THE INDIVIDUAL AND HOW MENTORS CAN SHIFT THE BALANCE

“Circles” Is A New Documentary On Restorative Practices

Restorative Justice in U.S. Schools An Updated Research Review is from WestEd.

School suspensions related to increases in subsequent offending is from Eureka Alert.

California schools can no longer suspend K-8 students for using phones. Will this help or hurt learning? is from The L.A. Times.

The Starts and Stumbles of Restorative Justice in Education: Where Do We Go from Here? is from the National Education Policy Center.

A Bloomberg-era policy to reduce suspensions boosted test scores in NYC, study finds is from Chalkbeat.

CEPEG Policy Brief:Exclusionary Discipline and Restorative Justice is from USC.

Toolkit: The Foundations of Restorative Justice is from Learning For Justice.

Building a Positive School Climate Through Restorative Practices is from The Learning Policy Institute.

Study Finds That Restorative Practices Can Help Bridge Racial Disparities in Schools is from West Ed.