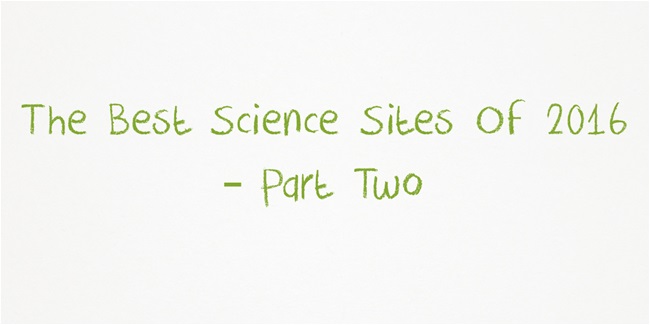 Here are my choices for The Best Science Sites Of 2016 – Part Two (not in any order of preference):

The Best Resources For Learning & Teaching About The Juno Spacecraft.

What Is Missing? is an interactive & multimedia map and timeline of extinct and endangered species. It’s quite ambitious, though perhaps slightly confusing in its navigation tools. I’m adding it to The Best Resources For World Biodiversity Day (& Endangered Species Day).

Zooniverse is an amazing site where scholars put up projects that require “people-powered research” – for example, attempting to decode formerly secret Civil War telegrams. It has many projects in multiple subject areas (including science), along with very cool online tools for students to use when doing the research. The site also has lesson plans for teachers to use when introducing students to the site.

The National Oceanic and Atmospheric Administration has created The Climate Explorer. Here’s how they describe it:

Explore maps and graphs of historical and projected climate trends in your local area. View data by topics to see how climate change will impact things you care about.

Type in your zip code and you get lots of info, along with accessible explanations for how to interpret it. I’m adding it to The Best Sites To Learn About Climate Change.

Pioneers of Flight has several interactives, and comes from the Smithsonian. I’m adding them to The Best Resources For Learning About Flight, and I took the opportunity to completely revise and update that list.

The embedded video might not be viewable on an RSS Reader. You can click through to see it or you can also see it on YouTube.

I’m adding this new Business Insider video to The Best Sites For Learning About Voyager 1 & Its Departure From Our Solar System, which I’ve also just updated and revised.

I’m adding this video from NPR to The Best Websites For Teaching & Learning About World History:

TED-Ed released this lesson and video. I’m adding it to The Best Sites For Learning About Possible Life On Other Planets.

It looks like they did a far better job here than on their last video and lesson about an important woman in science: Disappointing New TED-Ed Video & Lesson On Henrietta Lacks.

The Best Theory Of Knowledge Resources In 2017 – So Far

The Best Resources For Learning About Artemis 1