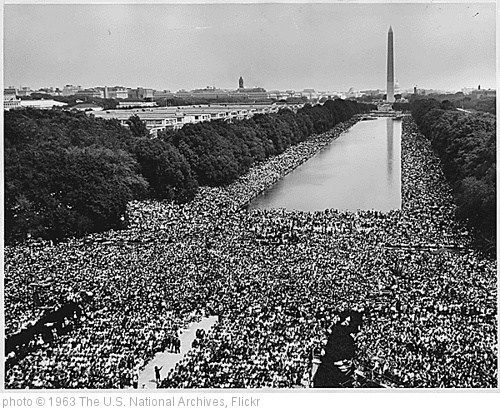 Check out my New York Times post for English Language Learners is on protest movements and using historical photos for language development. It includes a student interactive

With the protests in Egypt very much in the news, I thought it might be useful to bring together my related “The Best…” lists together with other resources into one “The Best….” list.

There are clearly some omissions here, so I help readers will make suggestions for additions. I’ll also be keeping my eye out for more.

Here are my choices for The Best Sites For Learning About Protests In History (that are accessible to English Language Learners):

First, I’ll start off with links to previously posted “The Best…” lists:

The Best Resources For Learning About Bastille Day

The Best Videos For Learning About Civil Disobedience

The Best Sites For Learning About The Protests In Egypt

The Best Sites For Learning About The Protests In Iran

The Best Sites For Learning About Cesar Chavez

The Best Resources For Learning About Protests In Russia

PART SIX: IMPORTANT TWEETS ABOUT THE MURDER OF GEORGE FLOYD

Even though I include links to several “The Best…” lists about well-known figures in history, it’s also important to keep in mind what The New Yorker wrote in an exceptional article about pioneers in the civil rights struggle. It’s also accompanied by quite a few images.

I was particularly struck by passage:

“One thing that I think the history books,and the media, have gotten very wrong is portraying the movement as Martin Luther King’s movement, when in fact it was a people’s movement,” Diane Nash, a founder of the Student Nonviolent Coordinating Committee, said. “If people understood that it was ordinary people who did everything that needed to be done in the movement, instead of thinking, I wish we had a Martin Luther King now, they would ask, ‘What can I do?’ Idolizing just one person undermines the struggle.”

In community organizing, we often taught and discussed the long-term dangers to social change brought about by idolizing charismatic leaders. As a teacher, though, it’s easy to lose sight of that important concept when dealing with trying to help students learn so many other things. I try my best to communicate that message.

Here are some other good resources:

A Brief History of People Power is the title of a slideshow from TIME Magazine. is how they describe it:

As mass protests in Tunisia seek to bring about regime change, TIME looks at other instances of popular rebellion.

Top Ten Protest Symbols is a slideshow from TIME Magazine highlighting images of what they think are — historically — the….top ten protest symbols. They certainly have some photos that most of us would agree belong there, but I think they’ve missed some important ones. How about a picture of Gandhi with his spinning wheel?

Unpredictable Uprisings is an interesting slideshow from The New York Times.

The 10 best protests is a slideshow from The Guardian.

Power to the people: A look at key political revolutions is a Los Angeles Times slideshow.

The 10 best protest songs – in pictures comes from The Guardian.

16 Of History’s Most Rebellious Women is a slideshow from TIME Magazine.

Here are resources on the Tiananmen Square protests:

The Tank Man of Tiananmen made history by his efforts to stop tanks rolling into Tiananmen Square in China to crush student protests.

Here is a video of what occurred:

Here are some photos:

Behind the Scenes: Tank Man of Tiananmen is from The New York Times.

Tiananmen Square, Then and Now is from The Atlantic.

22nd Anniversary of Tiananmen Square Crackdown is a slideshow from The Washington Post.

Tiananmen Square remembered 25 years later everywhere around the world except China is from The News in Australia.

Tiananmen Square 1989 – in pictures is from The Guardian.

These photos of the Tiananmen Protest were hidden away for 28 years https://t.co/vUVjPWEKEh pic.twitter.com/wWlWEQfACa

Man vs. machine is a slideshow from The Washington Post.

Top 10 Most Influential Protests is a TIME Magazine slideshow.

Sound of Post-Soviet Protest: Claps and Beeps is an intriguing New York Times story that would have to be modified for ELL’s.

A Brief History of Women’s Protests is a slideshow from TIME Magazine.

Global Protests is a nice photo gallery from The Boston Globe.

Who Are the 99%? Ways to Teach About Occupy Wall Street is a lesson plan from The New York Times Learning Network. It has some good ideas on teaching about any kind of protest.

Where Are They Now?: 7 Protest Songs With Legs is from NPR.

The Protester: A Portfolio is from TIME.

Voices of protest: five protesters tell their stories – interactive comes from The Guardian.

Bill Moyers has published a collection of twenty-one historical protest songs, including videos of artists performing them. There are also many additional suggestions included in the comments on his post. He’s expanded that list into Viewers’ Protest Song Playlist.

Boy, Do They Know How To Protest In Spain — “Flamenco-Ins” At Banks!

Toolkit for “Move to the Music” is a lesson plan on protest songs from Teaching Tolerance.

20 of your songs that changed the world is from The BBC.

How flash mob flamenco took on the banks is from The BBC.

The singer Bono has organized an impressive online collection of protest songs, including their video performances, lyrics and background information on each. You can read about his new site in newspaper article, and visit the site directly here.

Protests in Egypt against President Morsi in June, 2013 were some of the largest in the history of the world. Here are some related links:

Video and Images of Anti-Morsi Protests is from The New York Times.

Massive protest against President Morsi in Egypt is a slideshow from The LA Times.

Egyptians Protest the Rule of Morsi is a TIME slideshow.

Amazing Photos of Egypt’s Massive Demonstrations is from The Washington Post.

A New Age of Street Protests is an interactive from The Christian Science Monitor.

Protest Songs, From Seeger to Sting to Springsteen is from The New York Times.

Workers of the World, Faint! is from The NY Times.

The Best Resources On The Protests In Ukraine

You can see many resources about the protests in Ferguson, Missouri at A Collection Of Useful Posts, Articles & Videos On Race & Racism.

The people are revolting – the history of protest is from The BBC.

The Return of the Protest Song is from The Atlantic.

For Most, There’s Never a Right Time to Protest is from The Pacific Standard.

The Power of Protest Photography is from The Atlantic.

The Best Way to Write a Protest Sign, According to Linguistics is from New York Magazine.

The Women’s Marches may have been the largest demonstration in US history https://t.co/WN5FYpMVwT

Video & Lyrics: “It Isn’t Nice” IS A Great Song

Discussing Civic Protest in the Middle Grades is by Rita Platt.

“A HUNDRED YEARS OF AMERICAN PROTEST, THEN AND NOW” IS A GREAT VIDEO, EXCEPT….

We stitched together aerial images and stills from drone video to show how big the protest in Hong Kong last week was. And it was enormous.https://t.co/3gsdGgpdmA pic.twitter.com/18QWe2Z6tX

More than 25 percent of Hong Kong’s population of 7.4 million people protested this weekend. By proportion, these are the largest protests in modern history. Absolutely stunning. pic.twitter.com/5YAR1xDMjT

Watch and Listen to the Song That Hong Kong’s Youthful Protesters Are Calling Their ‘National Anthem:’

7 Times That Protests Changed US History is from The Aspen Institute.

Hong Kong: A City Divided is from The NY Times.

Mapping Nonviolent and Violent Campaigns and Outcomes (NAVCO) from Harvard is an interactive map of protests around the world over the past seventy years, and concludes that nonviolent ones were more effective than those using violence. Google Maps Mania writes a useful summary of the project, and includes additional links.

A History of Violent Protest is from Slate.

As a historian of social movements in the U.S., I am hard pressed to think of any time in the past when we have had two straight weeks of large-scale protests in hundreds of places, from suburbs to big cities. The breadth and scale of #Floyd protests is staggering. https://t.co/XdGUzgjgX9

Bird’s Eye View of Protests Across the U.S. and Around the World is from The NY Times.

What Protests Can Do is from Five Thirty Eight.

Other Protests Flare and Fade. Why This Movement Already Seems Different. is from The NY Times.

Black Lives Matter May Be the Largest Movement in U.S. History https://t.co/s2EYPY7OnX

Smithsonian Secretary Lonnie Bunch on the History of Protest in America

India Just Had the Biggest Protest in World History is from Slate.

Is there a right way to protest? is from KQED.